by KoreaTechDesk Writer
in Ecosystem & Lists
0

The Korean startup ecosystem gets some motivating news from the Ministry of SMEs and Startups as it adds three new startups to the list of unicorns, making the total 15. Also, SmartStudy wins plagiarism case against an American composer, Naver D2SF invests in more startups, and Toss Insurance was praised for innovation by Finance Commission. Check the news that happened. 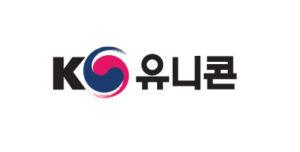 Fifteen local startups have officially reached unicorn status, according to the Ministry of SME and Startups on Tuesday. The ministry said that three startups — Zigbang, Dunamu, and Market Kurly — have joined a select group of firms with a valuation exceeding $1 billion. Not all companies with high valuations are given the unicorn status.

Unicorn companies should neither be listed on the stock exchange nor merged with another company. Coupang, for instance, was excluded from the group of local unicorns since it went public on the New York stock market earlier this year.Korea had six unicorns at the end of 2018. The number increased to 10 in 2019, and to 13 at the end of 2020.

A Seoul court on Friday ruled against an American composer in a plagiarism suit he brought against the producer of the popular South Korean children’s song “Baby Shark” two years ago. The Seoul Central District Court rejected a claim by New York-based composer Johnny Only that “Baby Shark,” a world-famous song released by South Korean education startup SmartStudy in 2015, copied his 2011 song.

The rhythmic two-minute song featuring a shark family and their underwater hunt for small fish has gone viral in cyberspace and on the small screen at home and abroad. “Baby Shark Dance,” a sing-and-dance video for the megahit children’s song, has racked up more than 9 billion views on YouTube. Only, whose legal name is Jonathan Wright, filed a lawsuit with the Seoul court in March 2019, claiming that the South Korean song plagiarized his own song “Baby Shark” remade in 2011 with a unique rhythm to an orally transmitted folk song.

Pixelity Games, which is developing an efficient high-quality 3D content authoring solution, has real-time interaction technology between multiple users in a virtual flow and VR environment.

Virtual Flow is developing a solution that can easily create high-quality 3D content based on the ‘Unreal’ engine without professional development knowledge. The advanced 3D engine ‘Unreal’ is used in movies, dramas, and games such as <Game of Thrones> because it can implement the highest quality content, but it requires high skill development capabilities. Virtual Flow is developing a content authoring solution that does not require coding or scripting by significantly improving the usability and accessibility of Unreal Engine, and plans to release a beta version in early 2022.

Toss Insurance’s innovative financial service enables customers to use the audiovisual elements of the mobile app to explain the product, instead of having the insurance analysis manager read the standard product description script from start to finish and record the process to customers who want to purchase insurance. It is designed to make product contents easier to recognize.

The key is to replace the voice recording of the standard product description script with a mobile app, which was essential when signing up for insurance through telephone consultation (TM) .